Declutter your Android device with folders 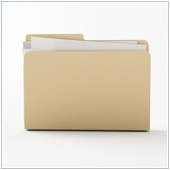 If your Android device has too many apps cluttering the homepage, finding the app you want to use can become difficult. Organize them by putting them in folders that make sense to you. Here’s how you can do it.

On most devices, when you install a new app, the icon will be automatically added to your home screen, or to a screen where there is space. While this is useful, it can be a bit of a chore to find a specific app if you have dozens installed on your device.

The easiest solution is to group icons together into a folder. This just takes three steps:

If you are going to use different folders, it is a good idea to pick names related to the apps they contain. For example, if you put all of your email apps in one folder, call the folder “Email.” This will make your apps easier to find.

At the bottom of the box, you’ll see the “Add Apps” option. Press it, then tick the app or apps you want to include in your folder. Once you’ve made your pick, tap Add at the top-right corner of your screen.

You can also add apps to your folder when you’re on your home screen. For every app you want to move, just long-press it, then drag and drop it into the folder of your choice.

Lastly, to remove apps from folders, open the folder where the app is, long-press the app you want to take out, then press the “Remove from home” option.

You can move a folder’s location the same way you do so with an app: Tap and hold on the folder until the screen changes slightly and drag it to where you would like it to be. On newer versions of Android, the apps should all move to make room for the folder.

Finally, you can delete a folder by either dragging all of the apps out of the folder, or pressing and holding on the folder until the screen changes and dragging it up to Remove. This will remove the folder and all the stored app icons, but it won’t delete the apps.

If you have any questions about using an Android device, contact us today to see how we can help.