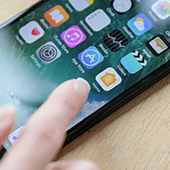 A new iOS release usually means system performance updates, a redesigned interface, and some application enhancements. However, not all major updates are well-received, and such is the case with iOS 11, which came with a feature that drained battery life fast. Fortunately, Apple is offering a remedy along with other features in the upcoming iOS 11.3.

You might recall the infamous iOS software update in 2016 that deliberately slowed down iPhones. Apple claims that this update was meant to prevent devices from an unexpected shutdown in case of low battery charge, old batteries, or extremely cold temperatures. Unsurprisingly, many users were unhappy about this, which is why Apple is including another battery management capability in its latest iOS update.

With the Business chat feature, a user can ping a company’s customer service representative via the iMessage app to make an inquiry or purchase a product using Apple Pay. This could offer great convenience to customers, as they no longer have to call a company’s hotline or search for their contact details online.

But there’s a catch: This functionality is available only in selected business apps, including Wells Fargo, Lowe’s, Discover, and a few other brands.

Another iMessage update is the syncing of read and deleted messages. In the new OS, messages will more seamlessly sync across all devices, including iPhone, iPad and Mac. This makes it easier for you to organize your messages, ensures you’re all caught up on new messages, and keeps deleted messages deleted on all synced devices.

ARKit, Apple’s augmented reality (AR) platform, allows developers to create AR applications for iPhones and iPads running on iOS 11 or higher. However, apps developed on this platform were limited to recognizing horizontal surfaces and regular-shaped objects. That means AR-capable apps will work only when used to capture a virtual object horizontally.

In iOS 11.3, the AR capability extends to vertical surfaces and irregularly shaped objects like spherical or other multi-dimensional items, and recognize flat-surface objects like signs and posters. This gives AR developers greater capability to build more complex apps.

As with any OS releases, iOS 11.3 will come with security updates and other enhancements that can be highly relevant to businesses using Apple devices. Our technology consultants can help you make the most of these updates and features. Call us for mobile productivity tips and tricks.