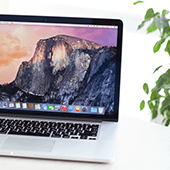 A glaring security mistake has been discovered in Apple’s most recent desktop operating system. It’s not the sort of vulnerability that requires complicated malware or IT knowledge; anyone can learn this exploit in a matter of minutes to steal your password. Here’s how to stop that from happening.

What is the bug?

The vulnerability pertains to sweeping changes in how macOS stores files. In the High Sierra update, the Apple File System (APFS) was introduced to make opening and saving files much faster. As an added bonus, APFS also added advanced features like drive encryption.

However, users who add a second encrypted APFS partition to their computer’s drive aren’t keeping their data safe from prying eyes.

Let’s imagine you want to create a separate storage partition for your work files. The data contains sensitive information so you encrypt the drive and add a password.

If in the course of setting the password you were to provide a password hint, High Sierra will display your password when anyone clicks Show Hint when accessing the drive. You can see how it’s done in this 45-second video.

When anyone can retrieve your password in a matter of seconds, encryption becomes completely pointless.

How to fix this vulnerability

Sadly, the update for encrypted APFS drives requires much more than installing a patch. As such, we do not recommend trying to fix this issue without professional help if your encrypted partition has irreplaceable data. It is a complicated process and could result in data loss.

Apple procedures for fixing the issue if you’ve already encrypted a drive include:

Apple’s macOS is a great operating system. It is reliable, secure, and user friendly -- but like any piece of software, it’s not perfect. Don’t make the mistake of assuming macOS is safe enough to protect your data without outside help. For help encrypting your drives or securing your Macs, call us today.